A ghostly code review comment from the past from Rider’s official Upsource plugin The old vs the new. Coming from Jetbrains land, VS feels like an IDE from the past that has modern features. So far i found rider to work pretty great compared to visual studio. Functionality wise for unity users it is on par with VS + ReSharper minus some issue with the debugger. I moved over to it mostly because i do some of my development on macOS and it was just easier to use the same IDE everywhere.

For quite a long time, Unity installer came with a custom MonoDevelop distribution to assist Unity developers with starting with game development. At that time, it was the only available option for many, since other solutions were simply too expensive. Visual Studio Community was then introduced, and almost immediately it became the default Unity C# IDE, but only on the Windows operating system family. It seems like quite soon we will have another player on the market and its name is JetBrains Rider.

It’s not surprising that the language created by Microsoft works best on Windows operating system family. It seems that even Microsoft is surprised by how .NET got so popular these days. It’s a bit of a problem, because today we’re entering a new era in which Windows is no longer a dominant operating system in the world and .NET is widely used on variety of platforms thanks to Unity. If Microsoft wants to keep .NET position and profit out of development tools, .NET must become a cross-platform framework for real.

The first step of becoming more open to multiple platforms was introducing .NET Core (wikipedia) – the first open-sourced .NET implementation. Then Microsoft introduced Visual Studio Code – the first editor with “Visual Studio” in name that works on MacOSX and Linux. Still Visual Studio Code is “only” a GitHub Atom fork. It’s a great editor, but it’s nothing when compared with original Visual Studio IDE running on Windows with ReSharper onboard. Speaking of which…

There’s a new player in the game: JetBrains Rider

There’s a market gap for sure – more and more developers tend to use Mac OS X or Linux as their development platform and beside Visual Studio Code and MonoDevelop (which is good, but not so great) there was nothing worth considering until recently.

JetBrains is a Czechia based company known for the creation of a great Visual Studio extension called ReSharper, and IntelliJ IDEA (IDE for Java developers). It seems like they’ve recently decided to merge those two.

JetBrains Rider is a cross-platform .NET IDE based on the IntelliJ platform and ReSharper. If you don’t know either one of those, then consider this as a great opportunity because learning these two tools will change the way you work with your code forever. Do I need to tell that it will increase your productivity? Yes, it’s a buzz-word, but it’s true! What is more important, it will make your work easier and you – happier.

How valuable is your time?

Do you value your time? How much time do you spend on writing easy but bloated code and how much on focusing on problems that matter? ReSharper is a tool that helps you to get through the parts of the code that are not requiring too much of your brainpower. It consist of powerful generator and refactoring methods that will assist you on demand. It also includes code analyser that makes sure you won’t make any simple-to-prevent mistakes. Besides that, it just tries to be smart and friendly to a developer.

Rider comes with native Unity plugin! It does not only make it aware of *.meta files, but also know MonoBehaviour specific methods like Update(). Thanks to it you will see a code-completion of these methods and you won’t be seeing any warnings about unused functions.

And maybe it’s not that important, but it also shows how Rider developers are getting into details – colouring of Color struct constructor:

Yeah, your guess is right! It shows you the actual defined color!

I won’t make a complete list of ReSharper features, because there’s just too many of them. Instead, please browse the documentation. There’s a lot of great and simple to understand examples out there. 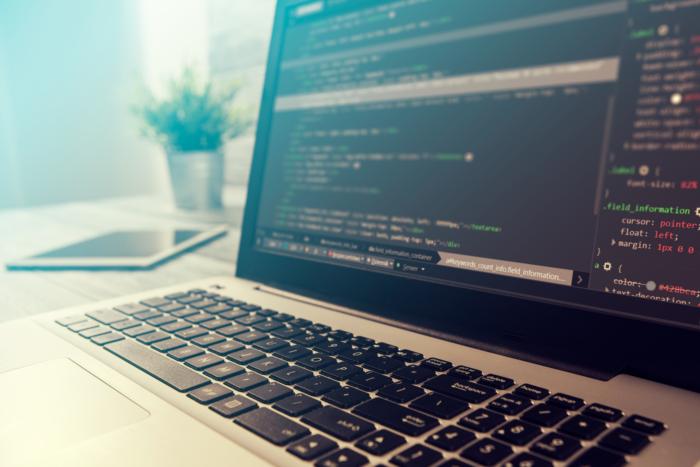 Still, it’s important to mention that Rider, by contrast to Visual Studio Community and Visual Studio Code, is not free. Actually, it is distributed via Early Access Program which now costs nothing, but it’s justified to believe that Rider will be using a subscription payment model. For many people this information would be a no-go, but consider whether it is worth it – it can increase your productivity (in my opinion quite a lot, if you get to know it well).

But I’m happy with my Visual Studio on Windows!

I’m also a satisfied Visual Studio user on Windows. Why changing it then? The reason may be quite simple, take me for example. I’m working on Windows about 50% of time. Rest of it I spend on my MacBook and Linux Mint. On all three I sometimes need to do something in Unity. The real pain is that I have to use totally different IDE on all three platforms since Visual Studio Code for some reason does not play well with Linux (some strange mono issues) and I had to use MonoDevelop there. I’m really looking into Rider to get out from EAP to use it constantly on all of my 3 development platforms. And even now, while it is still in early stage, it works really, really well! Yet, if this scenario doesn’t fit you at all, I still encourage you to try it!

Rider is a fresh approach to .NET development. It focuses on developer’s productivity, happiness and it is aware of current market trends, which makes it an interesting alternative to Visual Studio.

JetBrains reader can be downloaded for free from its home page. Each version has a expiration period of one month. New versions are released at least once a month so until Rider is still in development, you will be able to work with it without any costs.

I strongly encourage you to learn as much shortcuts as you can – this IDE has been created for those who favor keyboard over mouse. If you don’t know the shortcut that you’re looking for, try hovering over an option to see a tooltip that often will tell you wanted key combination or try pressing shift twice to open Search Everywhere popup. It allows you to search through all of the Rider actions.

I have been a .NET developer for a long while now. I remember Java during the solaris days when you had to write in notepad and compile command line. Sparing you the rest of this trip down memory lane, I have been writing code since before IDE's where a mandatory requirement to write code. As such, I have used many IDE's in my time, and I have been spoiled by Visual Studio, having no need to look further for an IDE. Visual Studio has its good and bad features, which I won't enumerate here, but all in all it's a powerful IDE that helps with producivity.

Recently, I have adopted Visual Studio Code as my text editor of choice (because it is IDE light, and OmniSharp provides a nice intellisense experience). With the advent of Roslyn, intellisense has become a game of one-upmanship. Everyone is trying to provide a better developer experience and a lot of meta programming for tooling has made developing wih C# a fun experience.

The most recent IDE to come across my desk is JetBrains Rider. I was skeptical, until someone in the Cake gitter channel said it was the most productive cross platform IDE he has used. I made a resolution with .NET Core to start doing more development on my Mac, being a Xamarin developer, it's where I spend the majority of my time. The remainder of this post is about my experience with and the contrast betwwen Visual Studio 4 Mac and Jet Brains Rider.

DISCLAIMER: I am new to IntelliJ IDE's and some of this assessment may be my ignorance.

First assesment of Jet Brains Rider based on my expectations from Visual Studio is favorable. It has a lot of nice features, and more importantly the features that I have come to expect are present.

Barring some of the things I listed. Yes the list is long, but most of them are minor things I can work around for now. Rider is a nice IDE. I am still partial to Visual Studio as an IDE, primarily because I have been coding in Visual Studio for so long and change is hard. I can see making Jet Brains Rider my default IDE for Xamarin development on Mac once some of the more glaring holes get fixed. As it stands, for developing .NET on Mac, Jet Brains Rider blows VS Mac out of the water.

I have been using Rider as my primary IDE since the writing of this post. Some of the cons have been fixed. The Rider team seems to be working hard to make the product better.