Visit [email protected] for more of the top downloads here at WinSite!

Recommendations for your start in imaging on the Mac

There's a few things that need to be covered here as a starting point. I make some assumptions that you’re familiar with Astronomy, possibly already have a first telescope, and are ready to start taking some images. First you have to make a decision as to whether you want to take photos of the planets and Moon, or if you want to take photos of nebula, star clusters, or galaxies. Basically, the decision between planetary, or deep space objects. These things are not exclusive to each other, and can be done with the same telescope but the results might not be optimal for each choice. Your telescope is probably suited to one or the other. (Edit: If you’re just getting into the hobby, have a look at this article on 5 things to consider if you’re interested in astrophotography.) 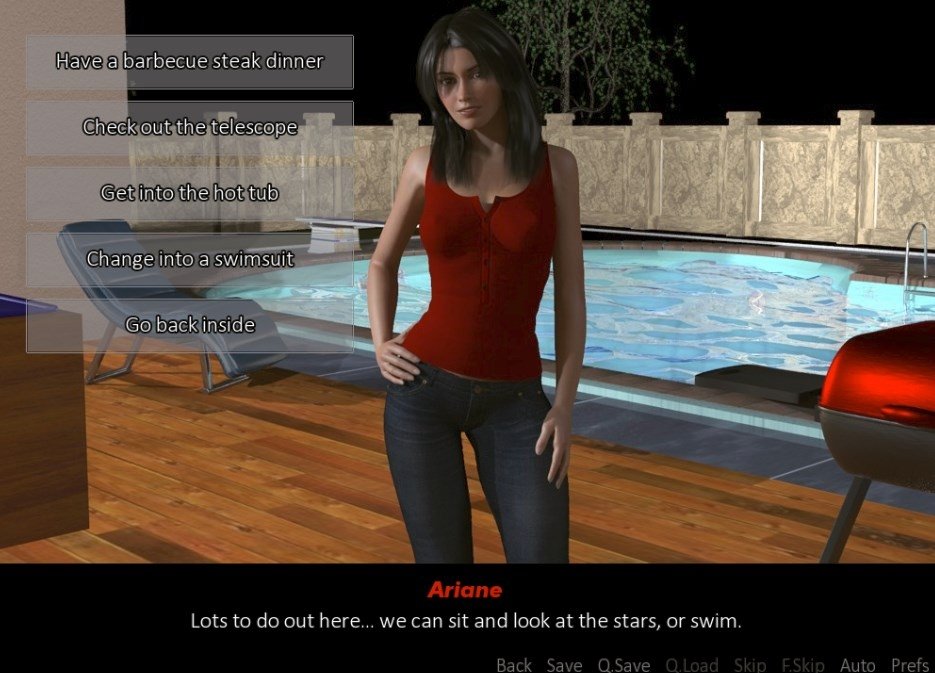 Planetary imaging on the Mac

Planetary is fairly straight forward. Large aperture scopes like 6' and above are great for this, and you don't need to have an equatorial mount. Any Alt/Az (Altitude Azimuth) mount will work. A high speed web cam or astro camera and Mac laptop are the only additional entry level hardware requirements. Since most planets are relatively small, the larger the scope, the closer/larger they will look, and the more detail you can get out of your images.

Unfortunately planetary processing software is a gap right now on the Mac. You need wavelet processing to get the most detail out of your images, and currently PixInsight is the only real option. There are two other apps that might run on older hardware and operating systems (Lynkeos and Keiths Image stacker), but they're not developed any longer, and crash often on modern hardware. They are however, free applications.

For more advanced options, you might switch out Planetary Imager for FireCapture. 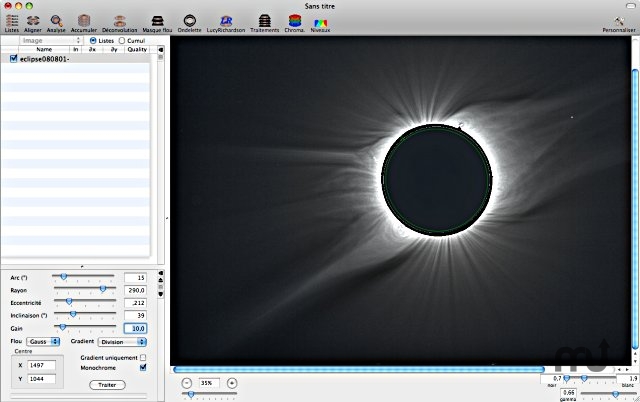 DSO imaging requires a little more effort. Because this type of imaging focuses on long exposure shots, where tracking your object across the sky accurately is a requirement, you'll need a German Equatorial Mount (GEM). These deep sky objects can vary greatly in size, with a large number of them being bigger than earth's moon in the night sky. Because of this, a large scope isn't a requirement to get started. In fact, it's preferable to start with a smaller scope, like an 80mm refractor. The reason for this is that the larger your scope, the more accurate your tracking needs to be, the better your mount needs to be to handle the weight and accuracy. The difficulty (and cost) goes up exponentially with larger telescopes. So start small. All of the telescopes I use are relatively small (under 6' in size), and all fit on my entry level GEM mount, the Advanced VX by Celestron.

Additional requirements are going to be a guiding camera and guide scope. This is essentially a small telescope mounted on top of your main scope, with a guide camera. This camera's job is to watch the star movement, and send corrections to your GEM mount when the mount isn't moving accurately. For entry level equipment, this is a necessity, as these mounts are far from accurate for long exposure imaging.

You'll also need a main imaging camera, and your options vary widely here. You have the option of using a DSLR (maybe you have one already in your possession), or a dedicated astrophotography camera that can do color or mono. Mono is a black and white camera, that when combined with color filters, can achieve a higher fidelity color image than a regular color camera can but with more effort and expense.

For more advanced options you might switch out Astro Imager for EKOS. And Astro Pixel Processor for PixInsight, or Star Tools.