[prMac.com] Vancouver, Canada - AnalystSoft announces the release of StatPlus:mac, a revolutionary package that enables Mac users to perform data and statistical analysis in a familiar Microsoft Excel for Mac environment.
While there is no lack of dedicated data analysis tools on a Mac platform, there are still issues of cost and ease of use. The Mac platform is all about user friendliness and ease of use, making many heavy-duty statistical analysis tools white crows among native Mac applications. It is almost easier to get a Windows PC if one needs to perform statistical analysis as part of their daily routine! 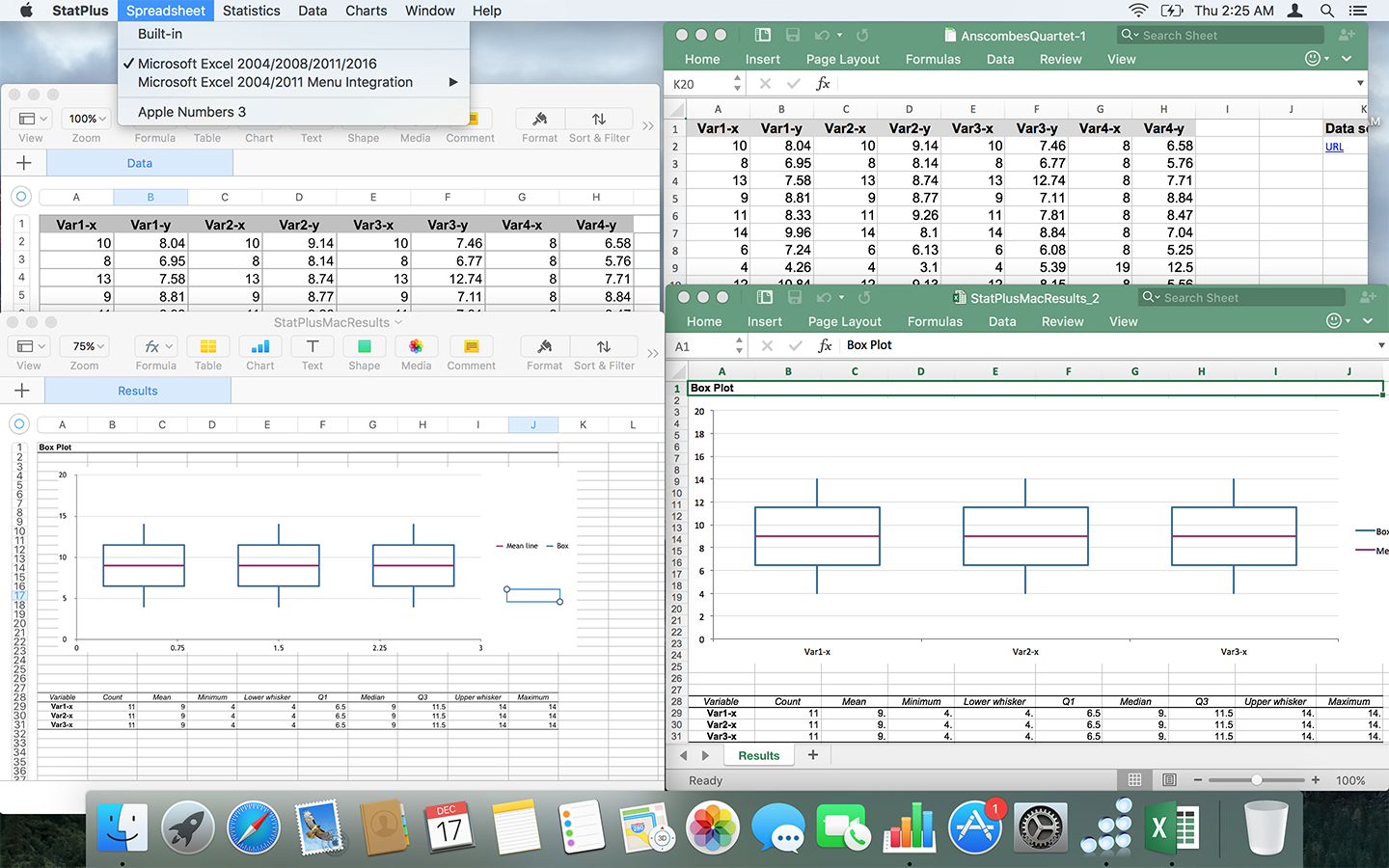 While a great spreadsheet tool, Microsoft Excel was never considered to be a capable data analysis tool. Not anymore! StatPlus:mac allows Microsoft Excel for Mac users to perform all forms of data analysis from the very basics to complex analysis, including as GLM ANOVA, non-parametric and regression analysis, Probit and Latin squares analysis, and a wide variety of other methods.
StatPlus:mac offers consistent performance and repeatable results thanks to its fully featured, ISO compliant design. Supporting strict ISO standards such as ISO2602:1980, ISO 2854:1976 and ISO 3207:1975 places StatPlus:mac in line with the much more expensive stand-alone statistical packages.

Working in a medical company or a pharmaceutical lab? Working or studying business? Statistical data analysis is a part of your daily routine? Avoid the steep learning curve of stand-alone data analysis packages and upgrade Microsoft Excel for Mac statistical capabilities with StatPlus:mac and perform heavy-duty analysis in a user-friendly environment! StatPlus:mac offers a highly affordable price tag that's well within reach of industry workers and business professionals as well as university students and teachers.