Don Omar would have the advantage. At the beginning of his career his music has always been the best it only been recently that the quality of reggaeton music in my opinions has been lacking. Don Omar admittedly has sold out, but it took him more time than Daddy. His songs with Tego Calderon have been very beast. Got to give it to the king of. His follow-up, iDon, showed that Don Omar has just as much to say in the electro-dance sphere, while 2012's Don Omar Presents: Meet the Orphans proved the King magnanimous enough to share the stage with up-and-comers, including the Portuguese/French singer Lucenzo, with which he shared the summer hit 'Danza Kuduro.'

William Omar Landrón Rivera (born 10 February 1978),[1] better known by his stage name Don Omar, is a Puerto Ricanreggaeton singer and actor. He is sometimes referred to by his nicknames El Rey, and King of Kings (of reggaeton music). On 1 September 2017, he announced that he would retire after a series of concerts at the José Miguel Agrelot Coliseum in Puerto Rico, scheduled to be held on 15, 16 and 17 December. He returned to music on 20 April 2019 with his song 'Single Ramayama' featuring Farruko.[2][3]

Don Omar was born in Santurce, a barrio of San Juan, Puerto Rico,[1] where he was raised, the oldest son of William Landrón and Luz Antonia Rivera. From an early age, he showed interest in the music of Vico C and Brewley MC.[1] During his youth, he became an active member of a Protestant church, Iglesia Evangélica Restauración en Cristo in Bayamón where he occasionally offered sermons. However, after four years, he left the church to dedicate himself to singing.[4]

His first public performance in a night club was accompanied by disc jockey Eliel Lind Osorio. Afterwards he appeared regularly on compilation albums from popular DJs and producers including Luny Tunes, Noriega, and DJ Eric. He also worked as a backup singer for the duo Héctor & Tito. One of the members, Héctor Delgado, helped him produce his first solo álbum.[4]

Omar's career rose to stardom with the release of his first studio album, The Last Don with Frankie Needles. Both the studio version and its live edition have been certified platinum by the Recording Industry Association of America. Worldwide, The Last Don: Live [CD & DVD] has sold over one million copies, according to his official website. He earned awards for Latin Pop Album of the Year and New Artist & Latin Rap/Hip-Hop Album of the Year by the Billboard Latin Music Awards in 2003. The Last Don: Live [CD & DVD] was also nominated for Urban Music Album at the 2005 Latin Grammy Awards.

Omar's May 2006 album King of Kings, became history's highest ranking reggaeton LP in the top 10 US charts, with its debut at #1 on the Latin sales charts and the #1 spot on the Billboard Latin Rhythm Radio Chart with his single “Angelito”.[5] Omar was also able to beat the in-store appearance sales record at Disney World's Virgin music store previously set by pop star Britney Spears.

With the highest charting debut by a reggaeton artist, Omar's King of Kings entered at No. 7 with 74,000 beating. In April 2007, Don Omar received the Billboard Latin Music Award for Reggaeton Album of the Year for King of Kings.[6]Billboard recognized that King of Kings was the most successful album of the decade in Latin America, besides being the most successful in the history of the genre of reggaeton. Billboard estimated that the album sold over 4.1 million copies by the end of 2009.[7]

Omar participated in Gilberto Santa Rosa's presentation in an event titled 'Concierto del Amor', presented in the Madison Square Garden on 9 February 2008. He closed the event and performed reggaeton themes with Frankie Needles.[8]

Omar's third studio album, iDon, was released on 28 April 2009. This album is of Sold over 2.5 million. 'Virtual Diva' became the most requested song on Latin radio stations.[9][10] The second official single, titled 'Sexy Robotica', was released on 6 July 2009.

The album Don Omar Presents: Meet The Orphans was released on 16 November 2010. The album features the artists under Don Omar's Orfanato Music Group label and other reggaeton artists. The album includes the promotional single 'Hasta Abajo' and the album's lead single 'Danza Kuduro' featuring Portuguese-French singer Lucenzo, as well as collaborations from Orfanato Music Group artists including Kendo Kaponi, Syko, Plan B, Zion & Lennox, Yaga & Mackie and Danny Fornaris. 'Danza Kuduro' appears on the Fast Five soundtrack and is the song played at the conclusion of the movie. He is signed to VI Music and Machete Music through Universal Music Latino, The álbum Sold over 3 million.

The album Don Omar Presents MTO2: The New Generation was released on 1 May 2012. The album features newly signed to Orfanato Music GroupNatti Natasha as well as many other signed artists and other reggaeton artists like Zion Y Lennox. The album includes the singles 'Hasta Que Salga El Sol', which won the award for Best Urban Song at the 2012 Latin Grammy Awards, and 'Dutty Love' featuring Natti Natasha, which was also nominated. The album also features collaborations with Juan Magan, Mims, Syko, Vinny el Vendito, and Yunel Cruz. The album has been well received as it won the award for Best Urban Music Album at the 2012 Latin Grammy Awards.[11]

After a decade's long rivalry feud with fellow artist Daddy Yankee for the 'King of Reggaeton' title, in early 2016 Daddy Yankee and Don Omar announced in a Billboard press conference that they would perform together on stage in a concert series called The Kingdom World Tour.[12] The tour announcement left many fans in disbelief, while selling out in minutes in cities like Las Vegas, Orlando, Los Angeles, New York.[13] Discussing the tour and his rivalry with Daddy Yankee, Don Omar said “Let me clarify: I am not his best friend, and he is not my best friend, but we respect each other. That desire to be the best is what has pushed us to be better.”[14]

In 2003, Omar had his first son, Nicolas Valle Gomez. Omar married forecaster/journalist Jackie Guerrido on 19 April 2008. In March 2011, it was revealed they had divorced.

On 18 September 2007, Omar was briefly detained in Santa Cruz de la Sierra, Bolivia due to a legal dispute. A Bolivian concert promoter sued him and some of his management after he canceled a concert scheduled for earlier that year in La Paz as part of the international tour Up Close.[15][16][17] The organization claimed that he had defrauded US$70,000 due to the cancellation.[17] Omar responded that he canceled the concert because the company did not provide air tickets in time.[17] After the case was presented before a local judge, both parties reached an agreement.[17] Omar was allowed to leave the country in order to comply with a previously scheduled appearance in Buenos Aires on Argentine television and returned the next day to hold his concert in Santa Cruz's Tahuichi Aguilera soccer stadium.[18]

Don Omar (born William Omar Landrón Rivera; February 10, 1978) is a Puerto Rican Latin Grammy winner reggaeton singer, songwriter, recording artist and actor. He is sometimes referred to by his nickname El Rey (Spanish: 'The King'). Although his base genre is reggaeton, he also took other roots in latin pop and electropop since 2008.

Rivera was born and raised in Carolina, Puerto Rico, the oldest son of William Landrón and Luz Antonia Rivera. From an early age, he showed interest in the music of Vico C and Brewley MC. During his youth, he became an active member of a Protestant church, Iglesia Evangélica Restauración en Cristo in Bayamón where he occasionally offered sermons. However, after four years, he left the church to dedicate himself to singing.[1]

He released 7 studio albums between 2003 and 2018, including the Latin Billboard Award winner King of Kings (2006) for the Reggaeton Album of the Year. Rivera was also responsible for the production of his 4 collaboration albums, including the Latin Grammy Award winner Meet The Orphans 2: New Generation (2012) for Best Urban Music Album. His fifth studio album, The Last Don II was released in June 2015.[2][3] 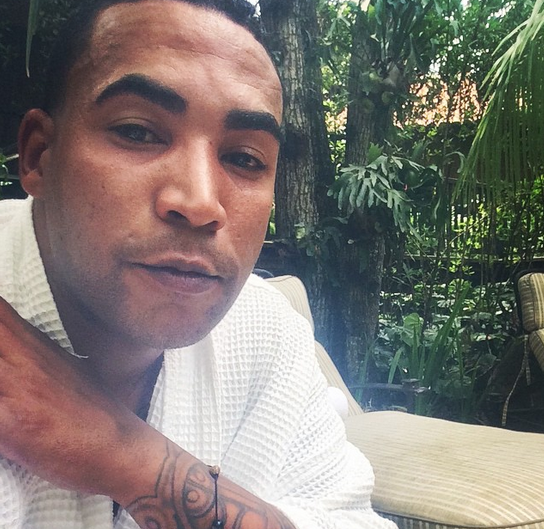